Donna’s Interview in the Press Democrat

Written by MEG MCCONAHEY of The Press Democrat March 27, 2020,

While you’re sitting through another week of self-quarantine, making your way through a mountain of old magazines or binge-watching “Hoarders: Buried Alive,” you might have had some time to look up and reflect.

You may be noticing the ugly details you’re usually too busy to see, or that you choose not to see. Not just cobwebs but cupboard and dresser drawers that won’t quite close because they’re so crammed or the piles of bills mixed in with junk mail mounting on the kitchen counter. Old cosmetics leaking into your bathroom drawers. Closets that hide a horror of stuff, half of which you don’t need and never use.

You are finally facing the enemy within. The clutter leads to disorganization that begets chaos. Now is the time to put down the

knitting needles and the remote control and do what you’ve been putting off — a household purge and reorganization.

Sheltering in place is a rare gift of time to tackle a chore that many delayed simply because there is too much else to do that is more interesting, pressing or appealing.

“Now is a great time to deal with the stuff that’s piling up in the garage or in the closets,” says Donna Roses of Donna Declutter in Santa Rosa. “People don’t have a lot of free time, and the last thing they want to do with what little free time they have is deal with clutter.”

Home organizing during this forced housebound time could be one of the most rewarding things you do. When the shelter-in-place is finally lifted, you’ll have more time for fun because you won’t be moving clutter around or searching for things you can’t find.

We asked Roses and Meghan LeBaudour of Sweet B Organizing in Petaluma to walk us through the process of purging to improve the odds for organizational success.

First, don’t rush out and buy new containers. Both women say get rid of stuff first and then decide, what, if any, containers you need to organize what’s left. Otherwise, you may get the wrong thing or the wrong size. And with most stores closed, your container choices at hardware stores may be limited.

Purging and decluttering in many ways is a psychological exercise. So get comfortable, Roses says.

“The first thing you do is put on some comfy clothes and make sure you’ve had something to eat,” she says. “Turn off distractions like the TV, and anybody that is not going to be helpful, have them go do something else.”

Don’t listen to podcasts or books on tape. Turn on music instead, the kind that gets your blood pumping.

Don’t ask friends to come over and help. You won’t make progress.

“A lot of times people tell me their girlfriend is going to come over and help go through closets and figure out what to get rid of, and the girlfriend ends up coming over and they chit chat for hours and don’t focus on the chore,” Roses says.

For those facing strong internal resistance, start small, perhaps very small. It could be as small as the pile of papers and mail covering the top of your desk or counter.

Both organizers believe the best way to purge is by categories, such as shoes, scarves, cosmetics, pots and pans and books.

After the tiny nibble, take small bites. Roses recommends the timer trick. If you’ve committed yourself to an hour, take 40 minutes to go through a closet, taking out everything in a certain category and ruthlessly deciding whether to throw it away, give it away or keep it. Then take 20 minutes to put back what you’ll keep.

You’ll need two “purge” bags, one for donations and one for garbage. Roses uses opaque rather than see-though bags to ward off second thoughts.

For clothes, she says toss anything you don’t wear, doesn’t fit, is a duplicate or is stained or needs repair. When the timer goes off, if you’re going crazy, stop. If you’re having fun, take another hour. Choose a time span that’s realistic for you and your attention span, even if it’s just 15 minutes.

If you’re on the fence about a pair of shoes or a piece of clothing, put it on and wear it for awhile. If it hurts or doesn’t feel right, you can let it go in peace knowing you won’t ever wear it again.

Small bites and time limits are an important part of the psychology of purging.

“You’ll still be satisfied in the end but you won’t hate it and it won’t feel like torture,” Roses says.

Apply the same principles of purging to every category in your house. Get rid of appliances and gadgetry you never use.

One small category to tackle could be your spice rack. Remove anything that is old or has expired dates. Ditto for food in cupboards and the refrigerator.

The same principle applies everywhere from bathroom to garage.

A lot of people have items they’ve never used. If it’s something you have avoided because there is a learning curve, now is the time to get out the manual and learn, while you have so much time, LeBaudour says. It could be an electronic gadget or it could be an apple peeler. By using something, you’ll finally discover whether you’ll ever want to use it again or if it’s not worth the bother.

Another psychological block to purging is sentimentality. A lot of clients, both say, are hesitant to give away gifts or things that were handed down to them, even if they don’t like those items or never use them.

But once it’s yours, you’re not obliged to keep it if it doesn’t serve you. Be grateful and give it away to someone who might really enjoy it.

Purging is the hard part of decluttering. With less stuff, it will be easier to make room. The key to organizing, both say, is grouping things by category, so you know where to find things and can quickly know if you need to restock. You don’t have to invest in expensive containers. You could use even use shoeboxes. Be resourceful with what you have.

Roses is a fan of labeled bins for loose toys, especially those with lots of pieces. It makes it easier for kids to clean up their own stuff. Clear zippered bags also are perfect for toys.

All of the same rules apply to any zone of the house. LeBaudour suggests before tackling the garage, move the car out and set up folding tables to lay out your things to save your back.

“Start in one little area,” she says. “Don’t look at whole thing. Garages can be especially overwhelming” she says.

Investing in decluttering and organizing, Roses says, is like a gift of time and peace of mind. You’ll have more time to have fun or do something creative once you’re free to leave your home again.

Staff Writer Meg McConahey can be reached at meg.mcconahey@pressdemocrat.com or 707-521-5204. On Twitter @megmcconahey.

You can read this article on the Press Democrat’s Website by clicking here. 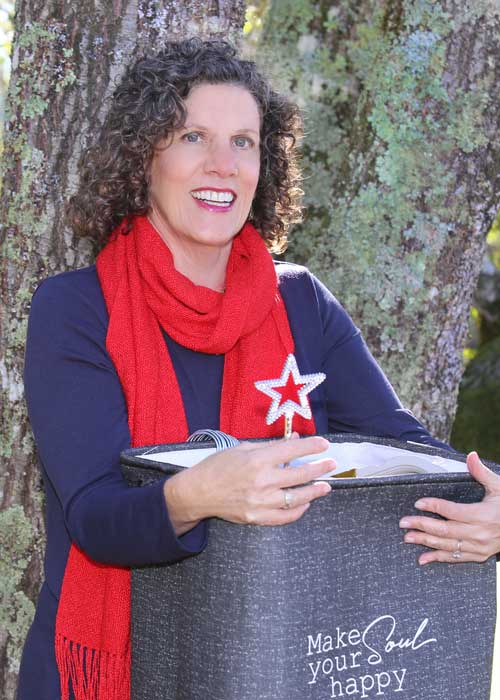 Give the gift of being organized to yourself, or someone special! 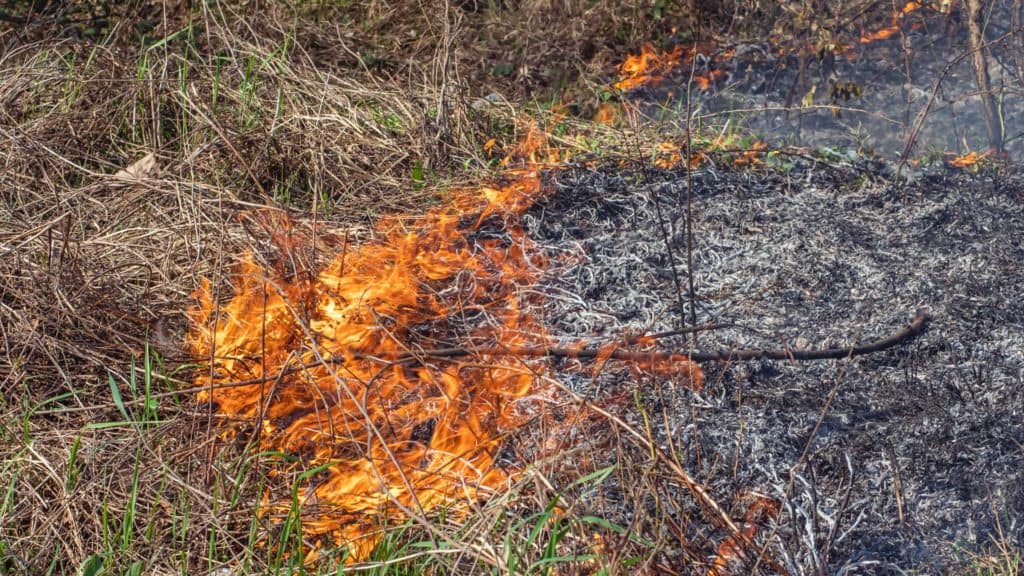 Fire Preparedness Inside Your Home 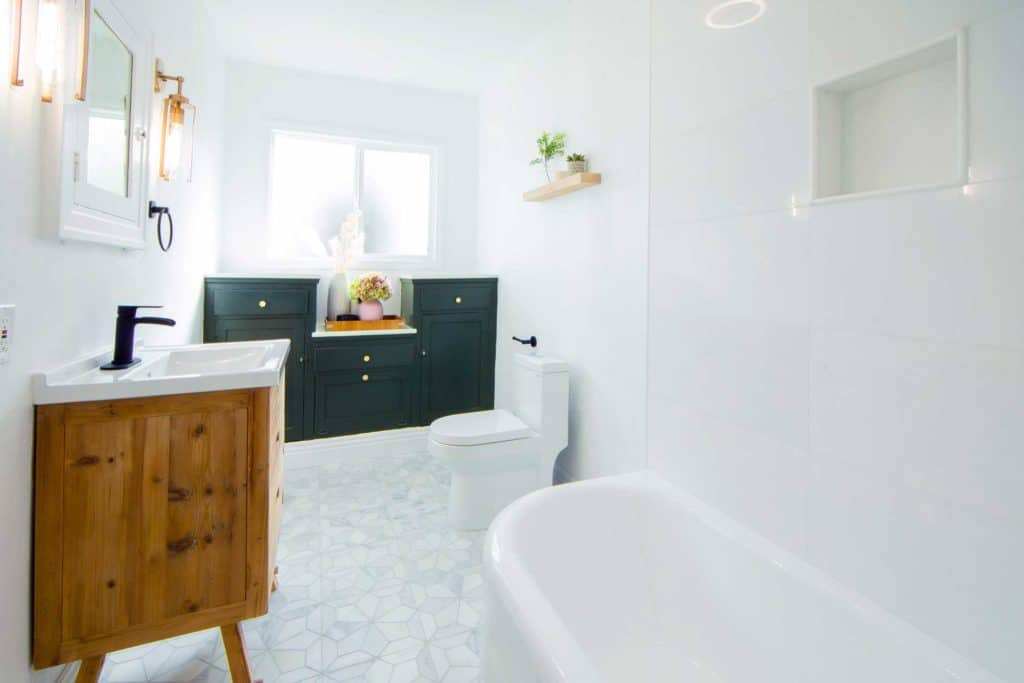 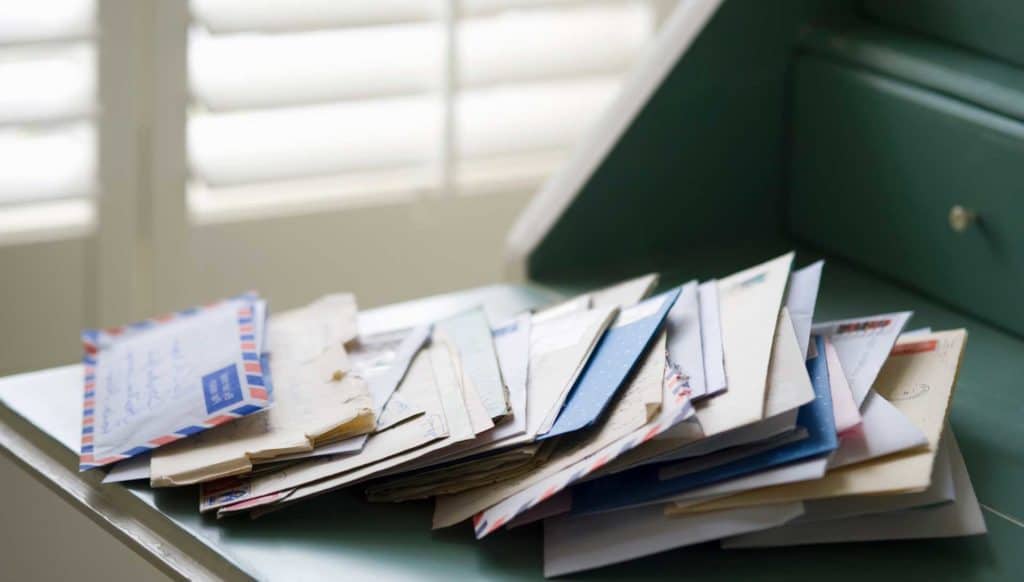 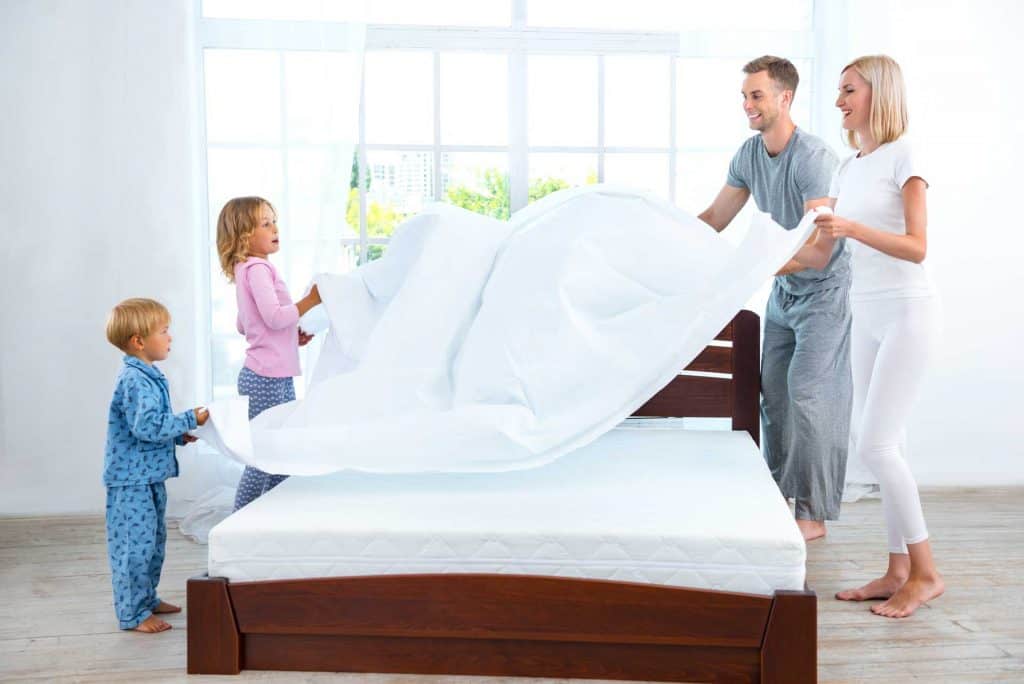 Why make your bed everyday? 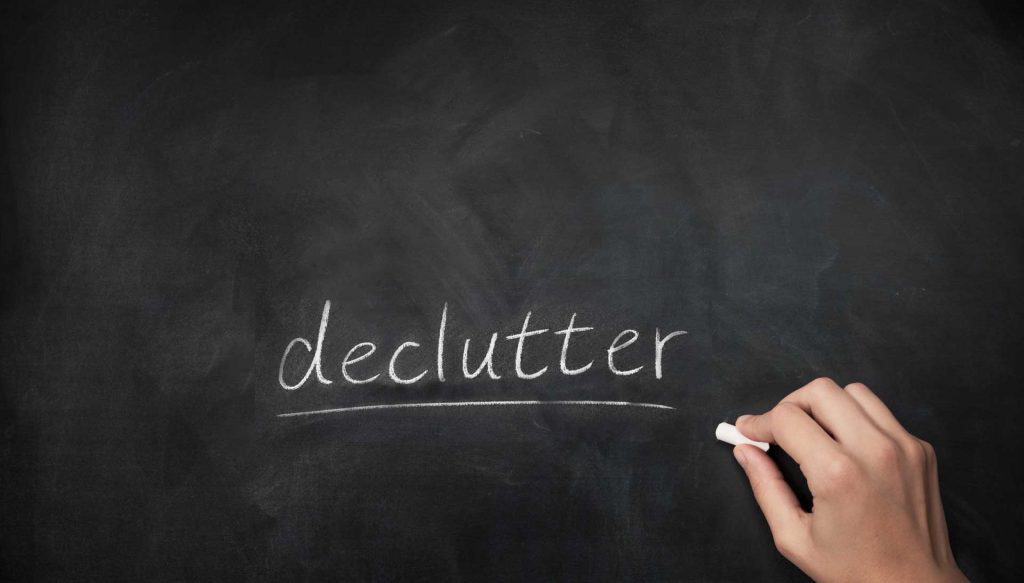 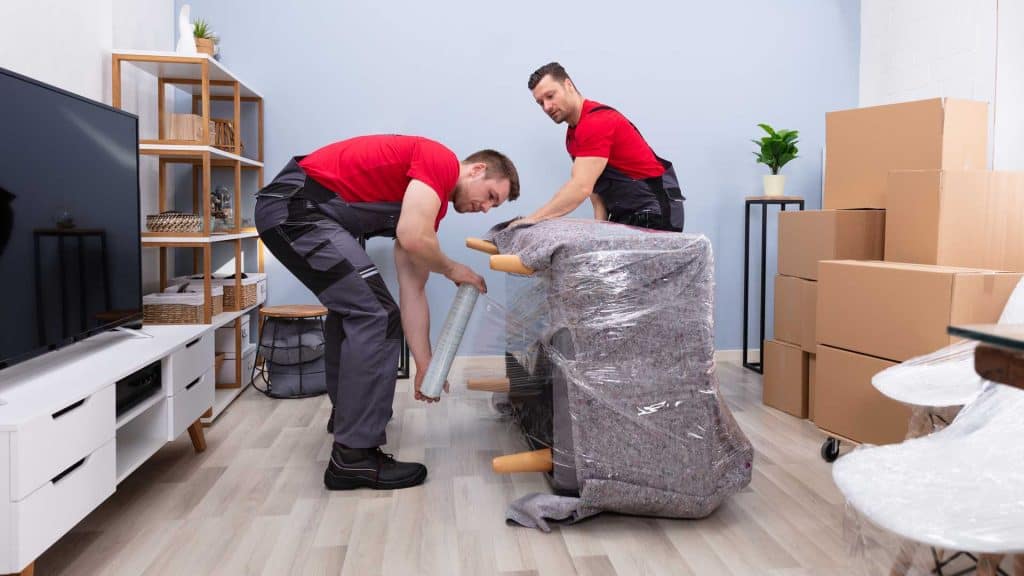 How to prepare for a move 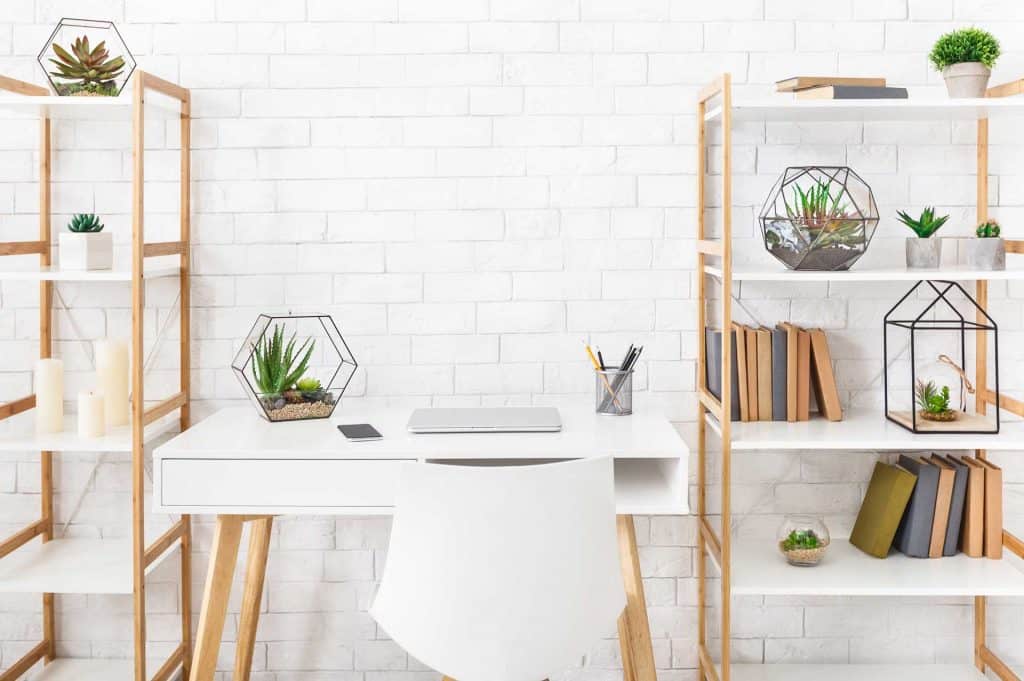 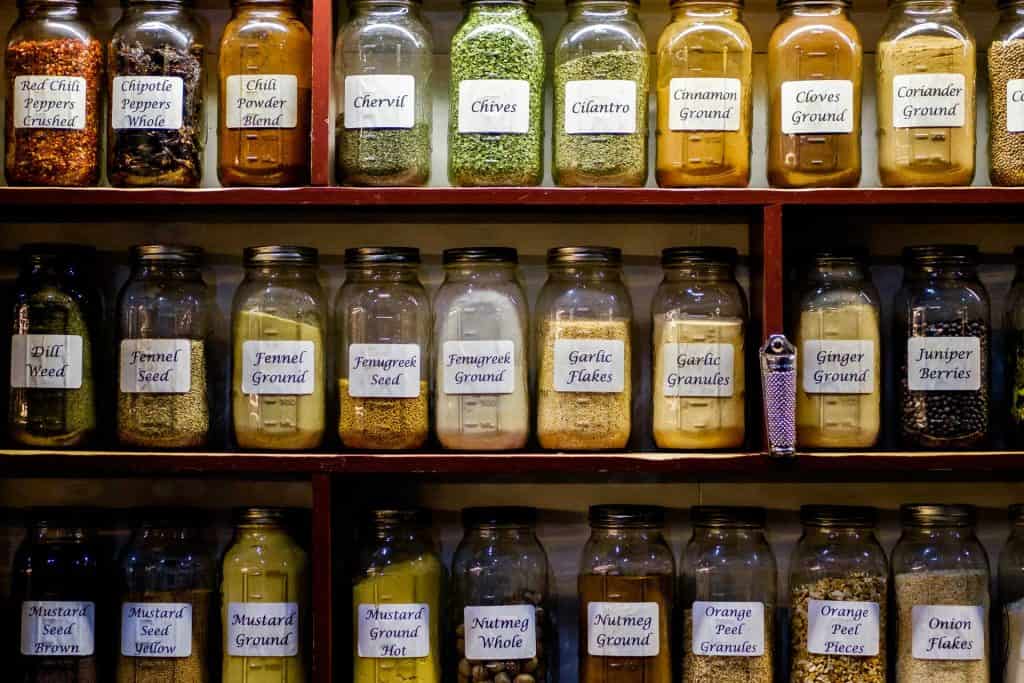 Donna’s Interview in the Press Democrat 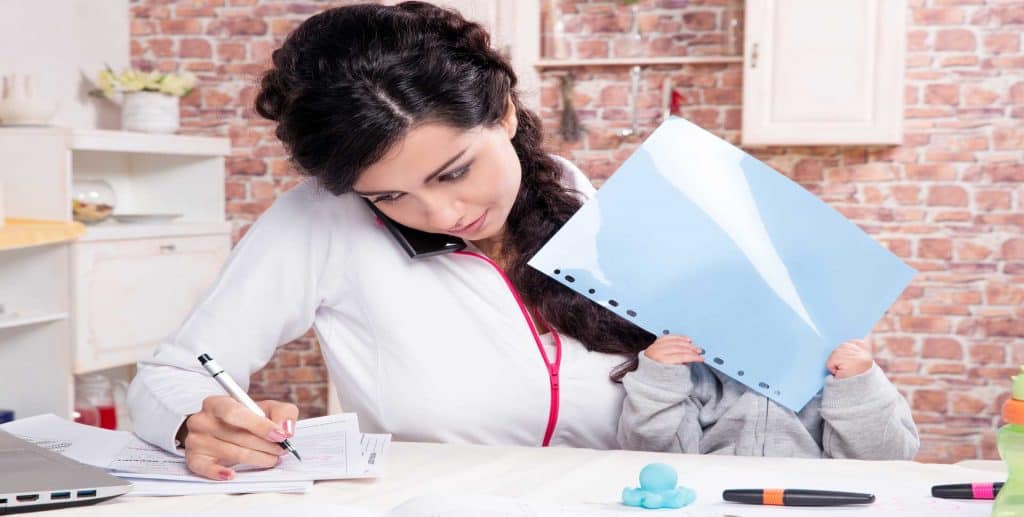